HOME BASE AT BAT LINE-UP DUGOUT

A man living in a future world beset by environmental challenges tells the story, set in the past, of what life was like for him as a boy who, along with his mom and little sister, struggles to survive, with the help of a mysterious hermit, an Amazon Princess Warrior, and the remnants of a lost tribe of indigenous peoples, in what was then, in the 2020s, a changing world beset by violent storms, economic collapse and families being torn apart at the seams. 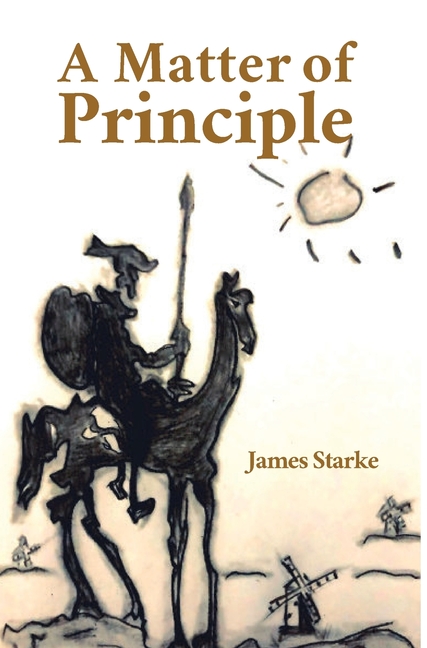 Your Call To Action

An idealistic law student confronts the cynicism of his more conformist classmates in the post-protest era of the 1980s, and discovers that his ideas of how the law should work as an instrument of social justice are greeted with scorn and ridicule at the highest levels of an increasingly politicized judicial system.

Go to the Matter of Principle website for more.

Editor’s Note: A fictionalized account of an historical event that took place in 1986 this novel presents a real-life picture of the law school experience, and a speculative account of what may have transpired at the Supreme Court in an appeal of a traffic case. Demeaning words in a published opinion set off a firestorm in the media, followed by the abrupt resignation of the Chief Justice.

Did the uproar over a traffic case lead to the downfall of the Chief Justice?

Perhaps the papers of the Chief Justice will reveal the answer to this and other questions about his tenure but the public will have to wait to find out - his will stipulates that those papers will not be released until 10 years after the death of the last remaining member of the high court who served with him . . .